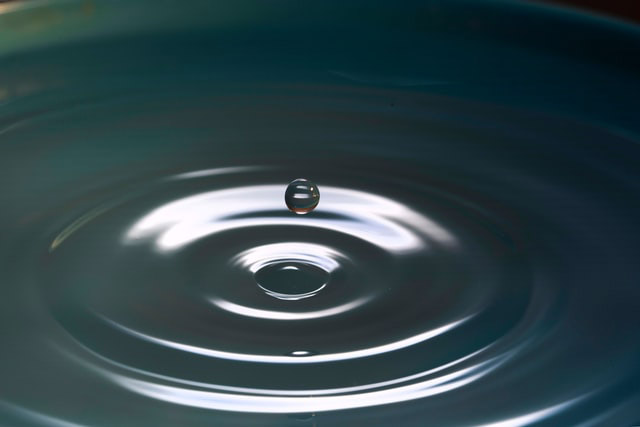 In this page I am going to connect two dots: science’s current understandings of perception, and the havoc of the coronavirus. Several pages ago I wrote that genes don’t run off of their own initiative. Instead, they are activated through our perceptions of the environment. So let’s think for a moment about perception and how it is thought to work.

We tend to think of perception as some kind of one-on-one correspondence between our thoughts and a “real world” taken in by sensory organs. Take vision, for example. I think most of us assume that when we see something, it is “because” the eye has managed to focus an image corresponding to reality onto a kind of projector-screen in the back of the head, “and then we see.” But this turns out to be quite naive.

As V.S. Ramachandran facetiously points out, this viewpoint assumes a perceiver–a little man with eyes, if you will–of this screen. This little man would have to have his own screen with a little man observing it, and so on and so on, without our ever solving the problem of how one comes to see anything.

As you might imagine, Ramachandran, one of the foremost perception scientists of our era, went in search of a more tenable explanation, as did others.

It looks like visual perception involves many, many complicated interactions among many brain locations and functions. From all this complexity, a surprising principle comes to light:  perception involves the brain’s opinions and expectations! Your brain, filtering unspeakable amounts of information, chooses to “display” only what seems like it could mean something to you. (This “filter theory” has been around formally at least since William James and F.W.H. Myers suggested it in the late 1800s, but various mystical traditions have been wise to the idea from time immemorial.) As Ramachandran wrote,

“Every act of perception, even something as simple as viewing a drawing of a cube, involves an act of judgment by the brain. In making these judgments, the brain takes advantage of the fact that the world we live in is not chaotic and amorphous; it has stable physical properties. During evolution—and partly during childhood as a result of learning—these stable properties became incorporated into the visual areas of the brain as certain “assumptions” or hidden knowledge about the world that can be used to eliminate ambiguity in perception.” (67-68)

Pain presents another example of a complex filtering process that ends in a perception. When you feel something brush against your skin, your body is very keen to figure out if the sensation requires self-protective action. Your memory banks are tapped for any and all relevant information. Your brain forms a judgment and then generates an appropriate degree and kind of pain, one designed to get your system quickly into a state of balance. The greater the pain, the more terrible the perceived threat to balance.

In other words, pain, too, is a matter of the body’s perception and opinion, about the environment and what one is needing to stay in balance with. (Sadly, our bodies can invest a lot of energy in wrongful opinions and it can take quite a bit of energy to override them.) Let’s assume that perceptions of all kinds, combining seamlessly with others and tapping deeply into our memory banks, involve filtering of this kind. No sensory perception is hermetically separated from feelings or memory. The influences of other people lurk everywhere. The whole soup spells reality to our minds.

Surely this raises important questions about the current crisis. Exactly what must our bodies remain in balance with, in its opinion? In this short post, I can only hope to get you to see that as a question worth asking, over and over as a matter of course. Here are some clues about the kinds of things the body thinks about to form its opinions. How old am I? Do I have good genes, and does it matter? What kinds of things might make me sick? What is dangerous and what isn’t dangerous? What risks are worth taking? What is appropriate for my age? These are all matters of perception solidified into habits of thought and being. Cocktails of sensory perceptions, thoughts, and feelings, all influenced by past experiences, create current experience separate from what is “out there.”  We feel something in response, and those feelings  affect our very cells en masse.

I know I haven’t exactly connected those dots yet, but give me a moment.

Some scientists argue that reality is a hallucination in a general sense. It seems they have a sophisticated and reasonable understanding. However, the idea doesn’t bring sense or meaning to hallucination, and it sure doesn’t tell us how to have enjoyable hallucinations! I think we’d all prefer to think we are meant to find our way into a more enjoyable, fulfilling, and whole state. (I assume it.) We all agree that we don’t much like the state of affairs that has manifested, and we sure don’t want things to get worse. Therefore I will suggest something rather in harmony with these theories of perception, but that would also bring meaning and suggest a roadmap.

What we perceive allows us to viscerally experience what is buried in the subconscious. When the bodymind exposes the contents of the subconscious, a reflective person can then observe what needs healing. There are many ways to go about healing wrongful perceptions, and a person is free to choose guided by her own wisdom (like the cancer survivors did). The “hallucinations”–which are mirrors–then change automatically, simply as a feature of how perception relates the outer world to one’s own being. (This idea is consonant with holographic theories of quantum physics, and I will talk about those later.)

This is a lot different from “your eyeball transfers an image through the optic nerve to the visual cortex and then you see.” It’s also a lot for a “post,” but fortunately there are great resources for exploring the topic more deeply, some of which I list below.

One more thing about the filter theory and Covid 19.  Physicists and mystics alike tell us there is a lot more to what is “out there” than our filters allow us to perceive. There are vast realms of information that elude us when we devote all of our awareness to potential harm. Just as, physically speaking, we are unaware of the vast electromagnetic spectrum, mystically speaking we filter out information of an elevated emotional tenor. This is information of love, protection, wellness, connection, accessible through meditation and other spiritual practices, that is healing of the body and mind.  As people heal, what they perceive becomes more satisfying and beautiful. The reverse is also possible….

Wow, you are still here! Time to talk energy!

Damasio, Antonio. The Strange Order of Things: Life, Feeling, and the Making of Cultures. Vintage, 2019.

Ramachandran, V.S.  Phantoms in the Brain: Probing the Mysteries of the Mind. William Morrow, 1999.