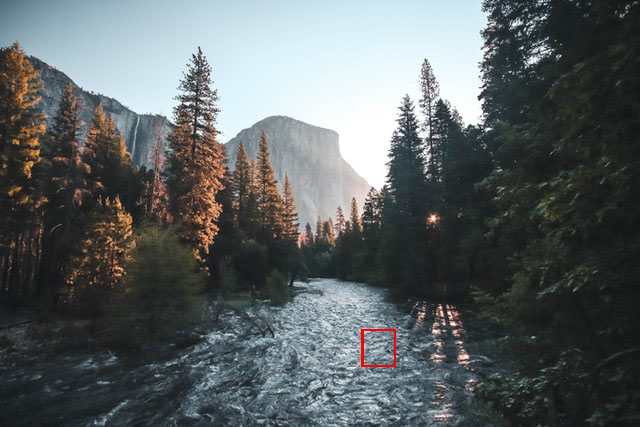 Fragmentation is now very widespread, not only throughout society, but also in each individual; and this is leading to a kind of general confusion of the mind, which creates an endless series of problems and interferes with our clarity of perception so seriously as to prevent us from being able to solve most of them.

One of the foremost quantum physicists of the twentieth century wrote these words over forty years ago. It seems that in the meantime we have become much more fragmented then we were even then. The coronavirus crisis illustrates this social and individual fragmentation in stark terms.

Social distancing is graphically isolating. Our faces covered with masks, we barely dare look at each other. People are being cut off from means of support, and fear severs mind from body.  We are confronted with our extreme over-reliance on solutions outside of ourselves, so that each person’s intuition is shoved aside as an unnecessary aspect of human functioning. Medical professionals are completely overextended while everyone else is considered to have nothing useful to offer. Our entire healthcare system, of course, is deeply fragmented, with one specialist not knowing the business of the next. Mental health is fragmented from physical health. Public health is fragmented from individual health. Vanquishing this virus is represented as not having that much to do with becoming generally more healthy. In the US, the information presented about the virus is fractured along partisan lines so that no one has a reliable basis for action.  And so on and so on.

We are used to fragmentation, frankly, if not to this extreme. But as Bohm pointed out, don’t we have an inner drive that tells us to seek something that feels better than this? We are being told that our way of life that preceded Covid 19 will not be returned to us. if we could take this crisis as a wakeup call, then might we not use it to strive toward what we are deeply driven toward anyway? And that, I believe along with Bohm, is wholeness.

Of course, some will call this a charming but naive idea that is completely “unrealistic.” This is precisely what I would like to talk about using the scientific insights of Bohm.  I am going to tell you about exciting ideas of his suggesting that it would indeed be possible to pull up the problems posed by fragmentation, but only by their roots. it would take huge amounts of intention, will, and agency, yours and mine–but perhaps you will agree there is no way around the task. This planet and its inhabitants can’t afford another forty years of begetting greater fragmentation through mechanical thought patterns, endlessly repeated.

We as a culture are in awe of science. However, science has established a tyranny  over us. Many of us are afraid that if we step outside of the boundaries it establishes for us–in its prevailing form–we will be declared to be idiots. We feel compelled to test all of our thoughts against its standards, in its prevailing form. This prevailing form is inculcated very powerfully: through media, educational curricula and textbooks, the structure of the healthcare system, the symbolic meaning of STEM graduates earning multiples of what dancers or childcare workers do, and so on.

Bohm wrote a great deal about the place science plays in the fragmenting of culture and self. The prevailing form of science–the one with which we are most familiar–has several prominent features:

It is understandable that we would hold this version of science in high but fearful regard. After all, we are reminded of its preeminence every which way we turn. But given the possibility that prevailing science and its fragmented perceptions are partially responsible for the current state of confusion and helplessness, it seems that we had better question it. If there is a state of overall wholeness the mind might perceive as reality, it would be good if we could find reason to believe in it, rather than in fragmentation.

Each of the beliefs I listed plays a role in the fragmentation of culture and individual selves, and Bohm intelligently disputes each one. Of course, it’s not that Bohm is the only one to have pointed out how fragmented we are: many spiritual and creative people have been articulating this insight for a long time. Nor is he the only one to have pointed out that these three suppositions are wrong. But it’s this particular version of science that has captured our unquestioning awe in this moment. And this is why I want to draw Bohm to your attention. When a physicist articulates a theory in which social fragmentation is related to naive conceptions in science; when he claims a scientific basis for the entanglement of thought and perceived reality; when he offers a basis for hope that we could create something different–perhaps we can be  motivated to pay attention.

To be clear, Bohm did not deny the value of separating chunks of reality from other chunks. Obviously, as a physicist he had to do some of this himself to be able to learn or prove anything. However, he also appreciated that this chunking inevitably becomes counterproductive. For example, if you separate the segment of scientific thought about reality known as Newtonian physics and try to apply it to the subatomic realm, you end up with confusion, an inability to explain what you observe, and possibly a denial that the thing that you can’t explain has any significance.  As fodder for his great theory of the Implicate and explicate order, which I will tell you about in a moment, he saw great relevance in the work of artists and musicians, and drew inspiration and insight from etymology, language, and philosophy. He did not limit himself to “scientific thought,” which in any case raised as many questions as it answered.

Bohm distinguished between two activities of mind. Plain old thought generally involves mechanized, automatic thinking reliant on memory patterns. “Intelligent perception,” on the other hand, involves a flash of insight that surpasses the patterning, making impossible problems suddenly solvable.  This kind of perception, in his view, was most clearly the domain of poets and artists, whom he credited with reaching beyond conventional correspondences between thoughts and things (at their best). On the other hand, even the complex thought patterns of a lot of science are distinguishable from what he thinks of as intelligence. (Take that in for a moment!)

So far, I have been working to set up Bohm’s magisterial and majestic theory of the Implicate Order for you. According to this theory for which he so brilliantly prepared a foundation, there are two basic levels of order to reality. The first, the explicate order, is  the one we experience in our little, human-being corner of the infinite universe. This level of reality cannot be explained in terms of its own contents. It is derivative, a momentary manifestation from the infinite state of flux and possibility Bohm calls the Implicate Order.

(You would really have to read Wholeness and the Implicate Order to appreciate how meticulously Bohm created his groundwork, how beautifully he anticipated every argument his theory of the Implicate Order would be required to face, how carefully he explains his every insight. This book has tons to offer for our day and age and I can’t recommend it highly enough.)

And how to characterize this Implicate Order? As Bohm put it from his perspective as a one of the preeminent quantum physicists of the twentieth century, this order is “unbroken wholeness of the totality of existence as an undivided flowing movement without borders.” You might expect such a statement from a mystic, but this is a “hard scientist” talking. It is flow and process that give rise to the relatively stable distinct “parts” of the explicate, which grow and shrink, shift and change, appear and disappear like vortices in a flowing stream.

With thought, too, flow or process is primary in Bohm’s theory. In the explicate, attempts to understand the relationship between thoughts and “reality” seem to lead only to frustration and disputation. According to Bohm’s view, the wholeness of the flow of thought combined with other aspects of the flux (even our noun-oriented language is not organized to express these deeper realities!) can only be clear beyond the explicate level. That is the level where thought is not seeking out things and their boundaries. Thoughts and the perceptions they entail are part of the process of “unfolding” the realities the perceiver experiences from the Implicate. These realities then eventually “enfold” back into the Implicate, again not separately from thought.

If you will, the scientific reality of our explicate order, in itself, is just a vortex in the flux, enmeshed with fragmentary thought patterns that nourish and sustain it. This particular complex obviously has use, but that use is necessarily limited. When its use is exhausted (for example, the  current health crisis amply shows its limits) we can seek out different insights for solving our problem through creative, intelligent perception.

To quote Bohm’s spiritual mentor Albert Einstein, “A problem can’t be solved on the same level on which it was created.” I believe that at some point we will have to face the very fragmentation of the thought patterns that have resulted in the undesirable configuration of our explicate order. There is no way out of fragmentation through fragmented thought patterns, on that level where the fragmentation was created!

In conclusions reminiscent of New Thought or the Law of Attraction, Bohm wrote that the very fact of wholeness in the Implicate order ensures that our reality will resonate with our thoughts. This is a feature of everything being enfolded into everything else on the level of that order. Wrap your brain around this one: Fragmented thoughts will situate us in a fragmented reality, as a feature of our wholeness. From the mouths of quantum physicists….

And this brings us back to the topic of individual will and agency.

The idea of an infinite field of possibility, and the personal responsibility that goes along with such a thing, is a lot scarier than the idea of marching along on most days. Right now, though, the available alternative isn’t so hot. That available alternative is to succumb to the crises of explicate reality as they continue to unfold from the wholeness, as larger and larger phantasms related to our thought patterns.

But remember, we are not mice.